During E3 it was revealed that certain changes were made to classes. Rather than choosing a developer curated starting class, the game will instead analyze your stat allocation and later suggest a class based on your trajectory.

Here is a screenshot taken from Network Version of Dark Souls 2. In this version of the game there was 6 classes. In the final game class won't be gender restricted. It is also highly unlikely that their starting gear will be the same. 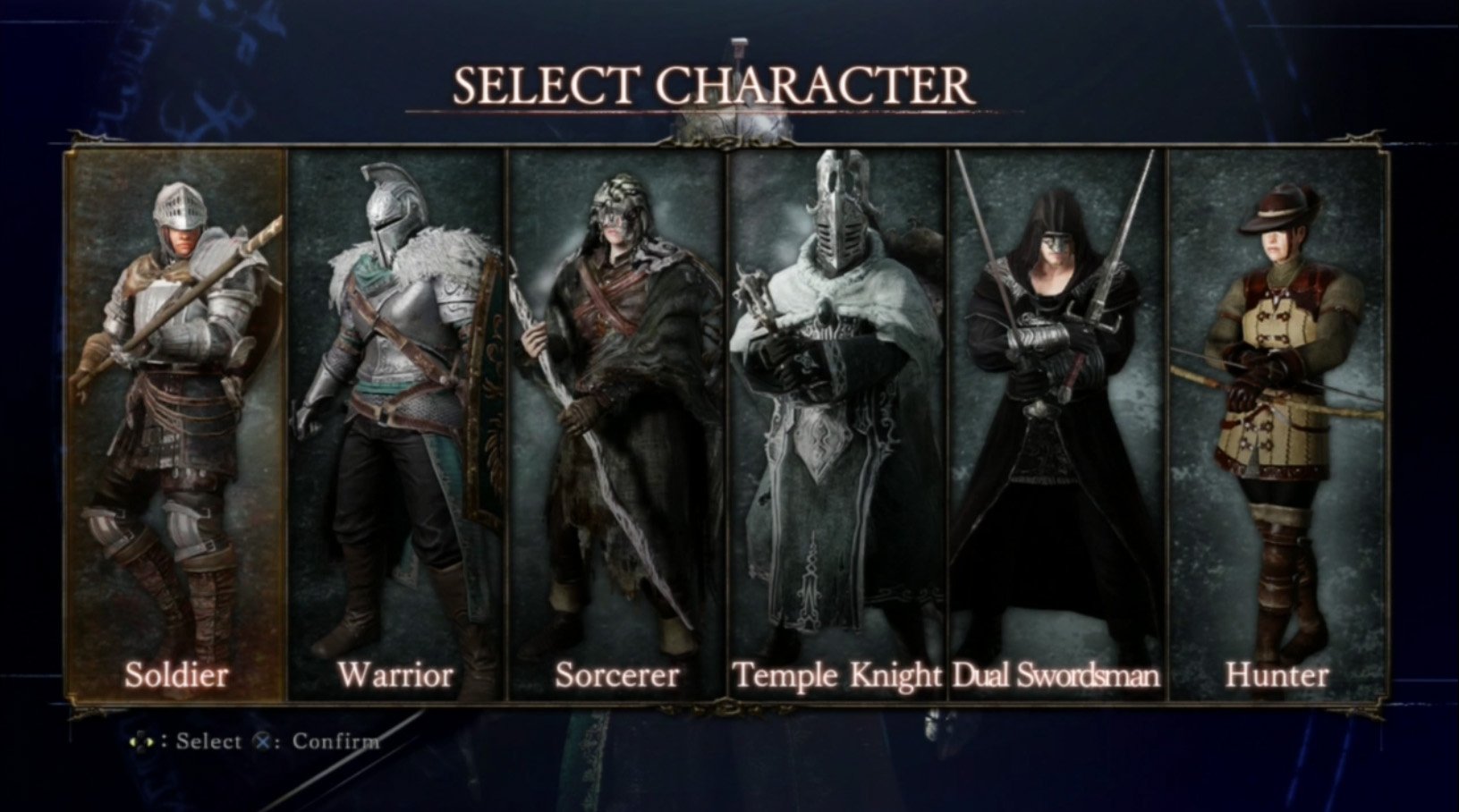