Here you will find a list of the items available at every vendor and trainer.

Vendors, or merchants, sell all sorts of useful items and equipment. Useful items a traveler such as yourself should take on such a perilous journey. 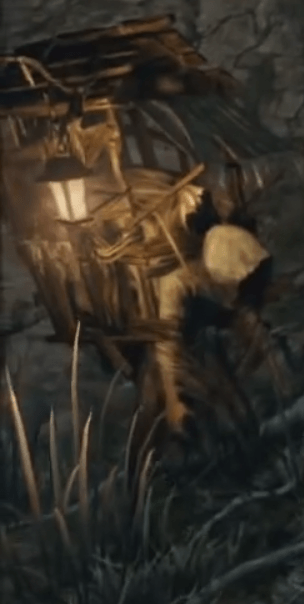 Melentia can be found in Huntsman's Copse. She is seen carrying a large pack of goods with her and hints that this was a result of the devastation when the giants crossed the sea, bringing destruction to Drangleic. Melentia sells a wide variety of goods, including consumables, armor, weapons and spells.

This NPC is notable in that he is approximately half the size of the player character (and his gear refers to him as "tiny"). Gren is a devotee of the war god Nahr Alma and introduces the player to the Brotherhood of Blood Covenant if they have invaded and killed 3 ( number needs confirmation) other player characters using cracked eye orbs. Once the player has pledged allegiance to the Covenant and Nahr Alma, Gren will discuss the Brotherhood mechanics and ways in more depth, and will also become available as a merchant. Gren's ghost can be summoned for 3,000 souls if you killed him for some reason.

A merchant from Volgen, a region far in the west.
He is depressed because his business is going bad. He wandered in many countries then drifted to Drangleic.

All blacksmiths are capable of upgrading weapons. They can also ascend a weapon, which changes or grants elements to a weapon. However, each blacksmith can only perform particular types of ascension.

The player can learn additional survival skills from teachers, in the form of magic and miracles. Follow the NPC links to find out their spells and items for sell.